Denys Boyko has been a trainee at the Dynamo school since the age of six. And since 2005, the young goalkeeper has already played at a professional level in the teams "Dynamo-3" and "Dynamo-2". For a long time, Boyko played on loan and under contract for other clubs, in particular for the Turkish "Beşiktaş" and the Spanish "Malaga". However, in 2018, he returned to his native Dynamo. Initially, the club rented the player, as the main goalkeeper Buschan was injured. Later in the summer, Denys signed a contract. The goalkeeper immediately got a place in the starting line-up, and thanks to his successful performances, Boyko again got into the Ukrainian national team. Also, the first match for the Ukrainian Super Cup against Shakhtar after the official transfer to Dynamo was a victory - 1:0.

Denys Boyko has been an ambassador of the Brave GK brand for a long time. Denis trained and performed in different gloves of the brand, choosing the best option for himself. Now the goalkeeper chose The Brave GK Phantome Pink equipment, but asked to change the design of the thumb to the one that is more convenient for him. 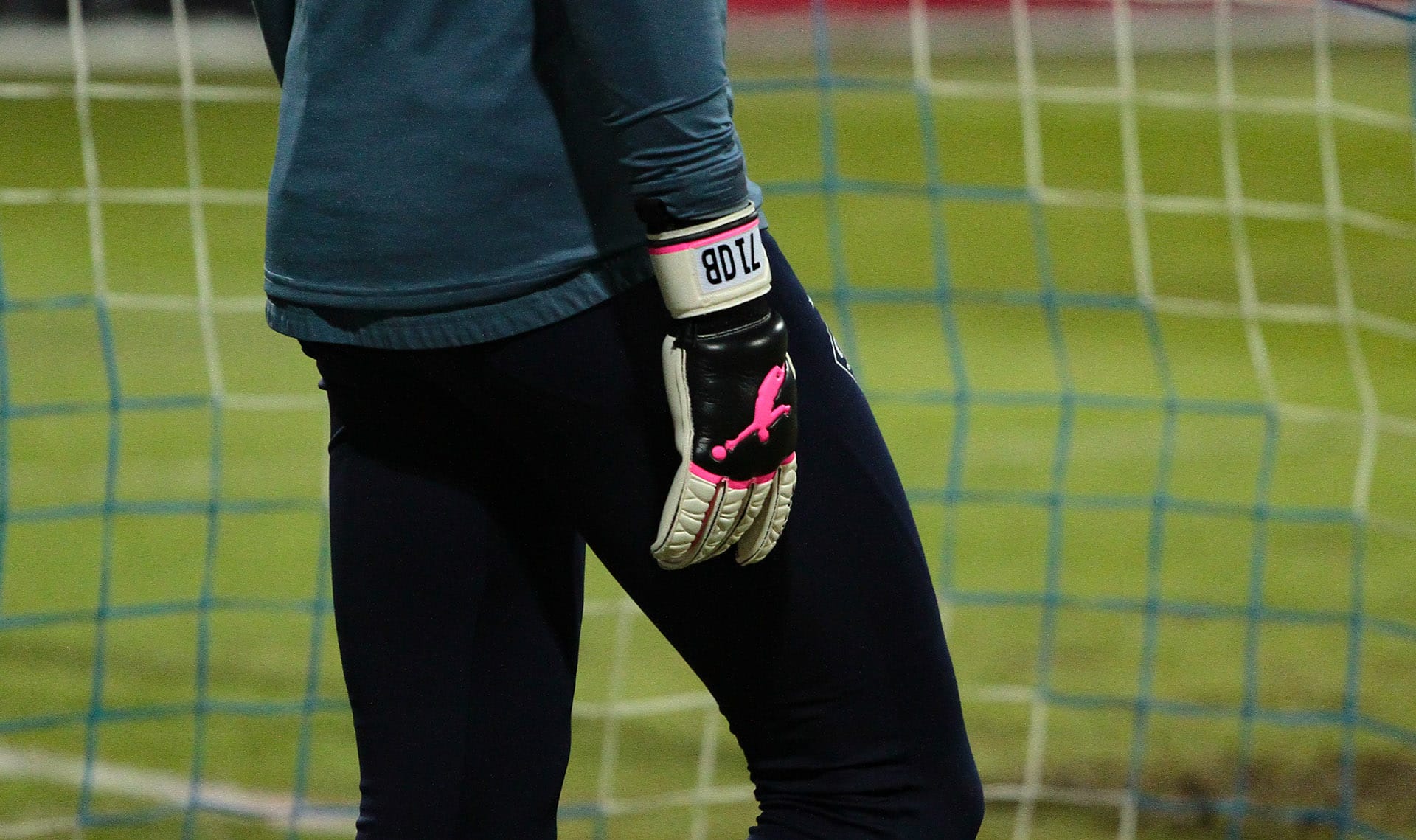 Brave GK Phantome Pink voluminous gloves. The palm is made of German latex Supreme Contact, thanks to which the equipment is optimized for playing in wet weather. Brave GK Phantome Pink also guarantees a reliable grip on the ball in both wet and dry weather. The foam lining perfectly absorbs shock and protects your hands from injury. The elastic cuff provides excellent fixation of the wrist, and latex additionally protects against knocking out.

Phantome Pink gloves have a Rollfinger finger cut, which gives a tight fit to the hand and, completely covering the phalanx of the finger, increases the ball's grip area. The backhand is made of NB latex, and also contains a lining with a ventilation and thermoregulation system. Thus, the gloves guarantee a high level of comfort both in the rain and in the heat. The anatomical design of the equipment provides a natural fixation on the hand. 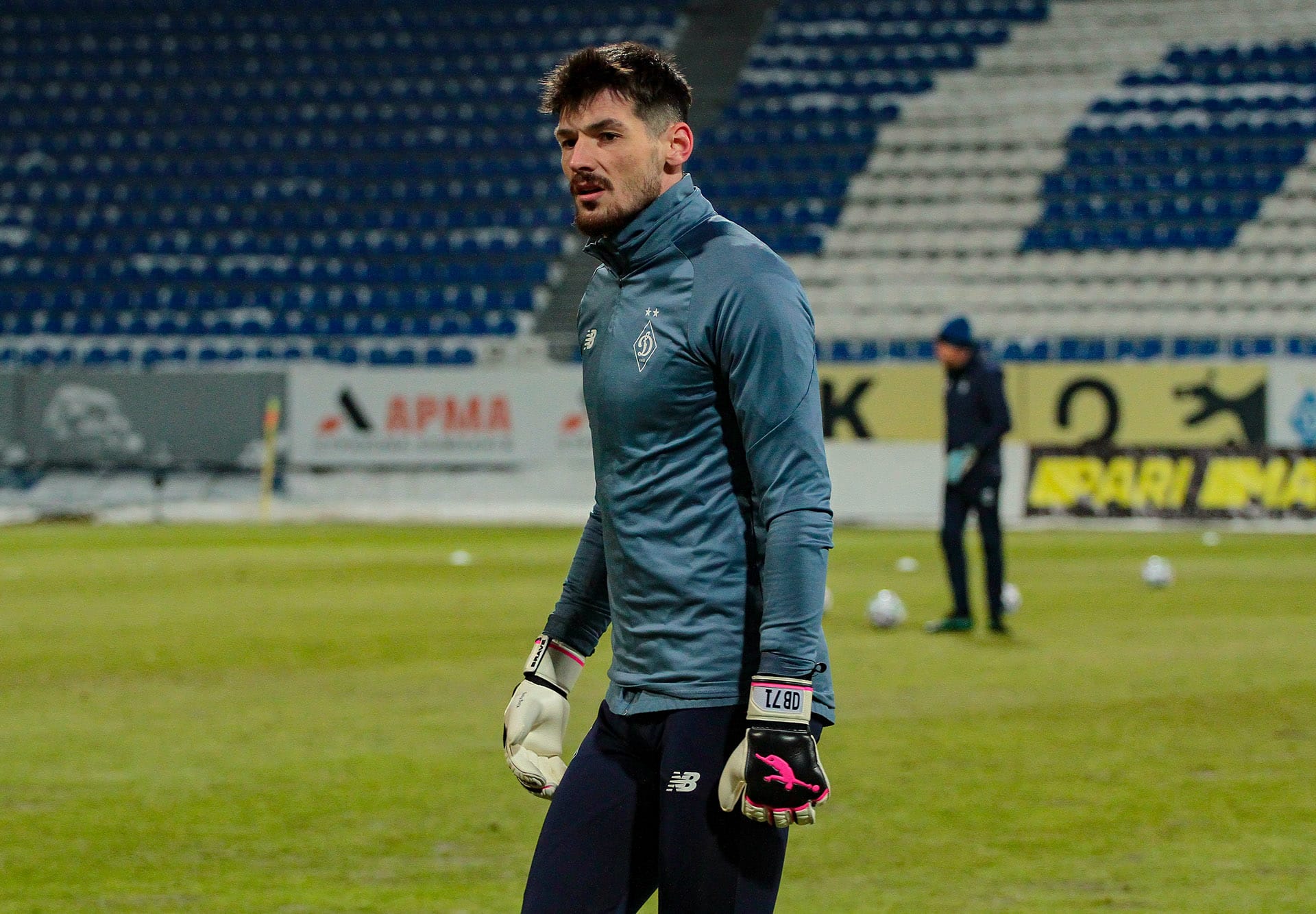 Heorhiy Bushchan got into the Dynamo school thanks to his successful performances in Children's and Youth Football League of Ukraine competitions. He was the first to be called up to the main team in December 2011. Then the match with Metallurg was supposed to take place, and the team was sorely lacking goalkeepers. For a long time, Georgy played in the youth teams of Dynamo. In 2014/2015, he played for the reserve team of Dynamo-2 in the first league. He made his first team debut on August 20th, 2017, in a Premier League match against “Stal” Kamyansk, and made his Europa League debut in the fall. Due to an injury, he did not perform actively for some time. Denys Boyko then became the main goalkeeper of Dynamo. However, in the 2019/2020 season, Bouchant received the status of the main goalkeeper and took part in 28 matches out of 45.

Heorhiy Bushchan recently became an ambassador of the Brave GK brand. The brand's team is proud that professional goalkeepers trust the quality of our equipment, in particular the best Dynamo goalkeepers. 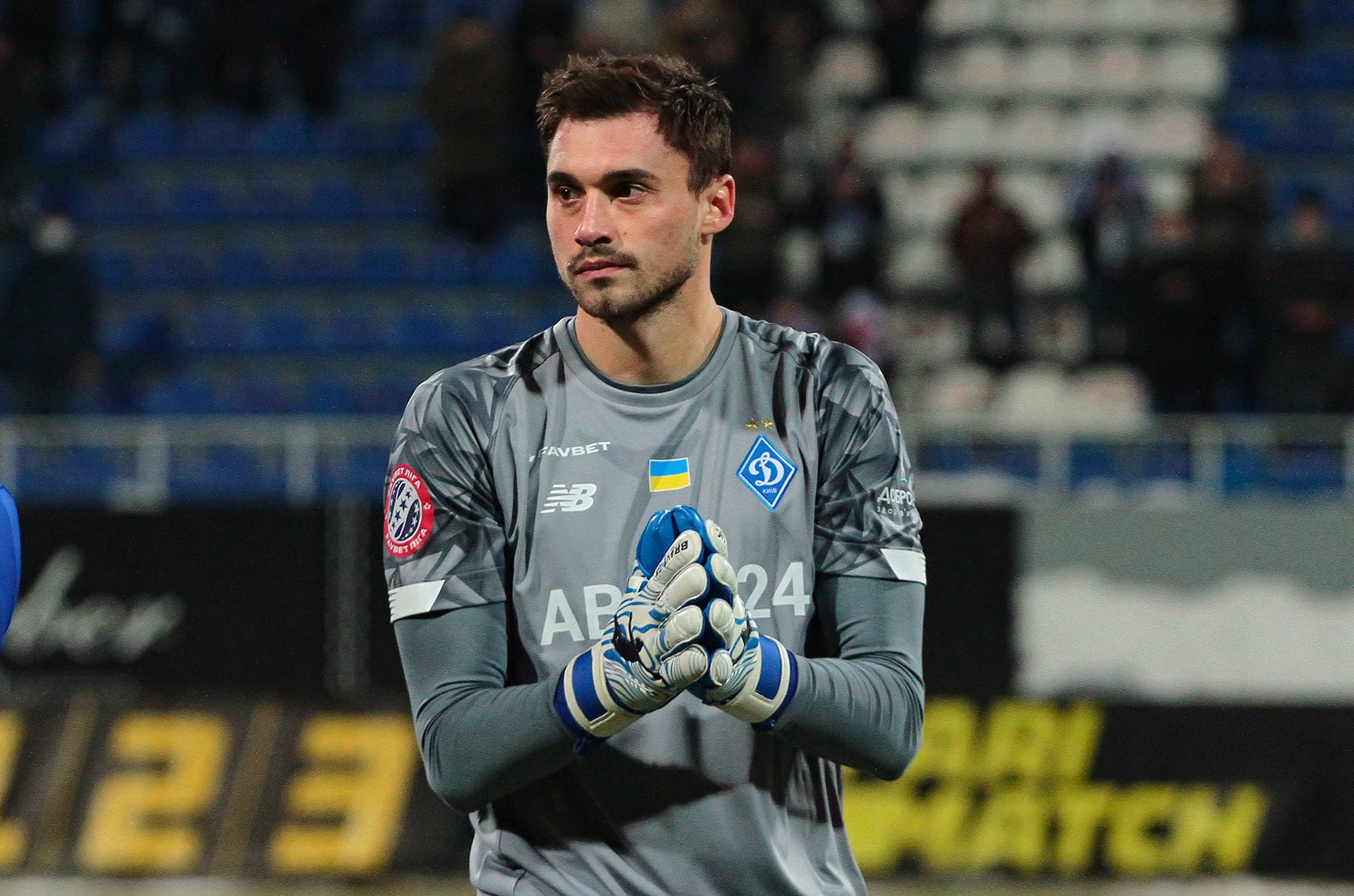 Heorhiy preferred the Brave GK Rain Pro Blue gloves. This is not a new model, but due to its optimized characteristics for playing in wet weather, it remains popular. The palm of the gloves is made of Supreme Contact - natural German latex characterized by increased stickiness in wet weather conditions. At the same time, the equipment guarantees excellent grip on the ball even in dry weather. The 4 mm foam lining absorbs shocks well, protecting the goalkeeper's hands during extreme matches. Silicone inserts inside the palm of The Fix Fit System provide maximum control over the ball.

The backhand of the rain Pro Blue gloves from The Brave GK brand is made of NB latex and also has a lining with a thermoregulation system to provide a high level of comfort and protection from cold and wind. The Rollfinger cut, in which latex covers the entire phalanx, expands the glove's grip area and increases the goalkeeper's performance. A secure grip of the ball is also guaranteed by the special design of the thumb: the latex of the palm rotates around the phalanx to create an ergonomic shape.

The equipment has an anatomical cut for a tight and comfortable fit on the hand. Additional fixation of the wrist is provided by a wide cuff made of elastic fabric, while latex prevents injuries. 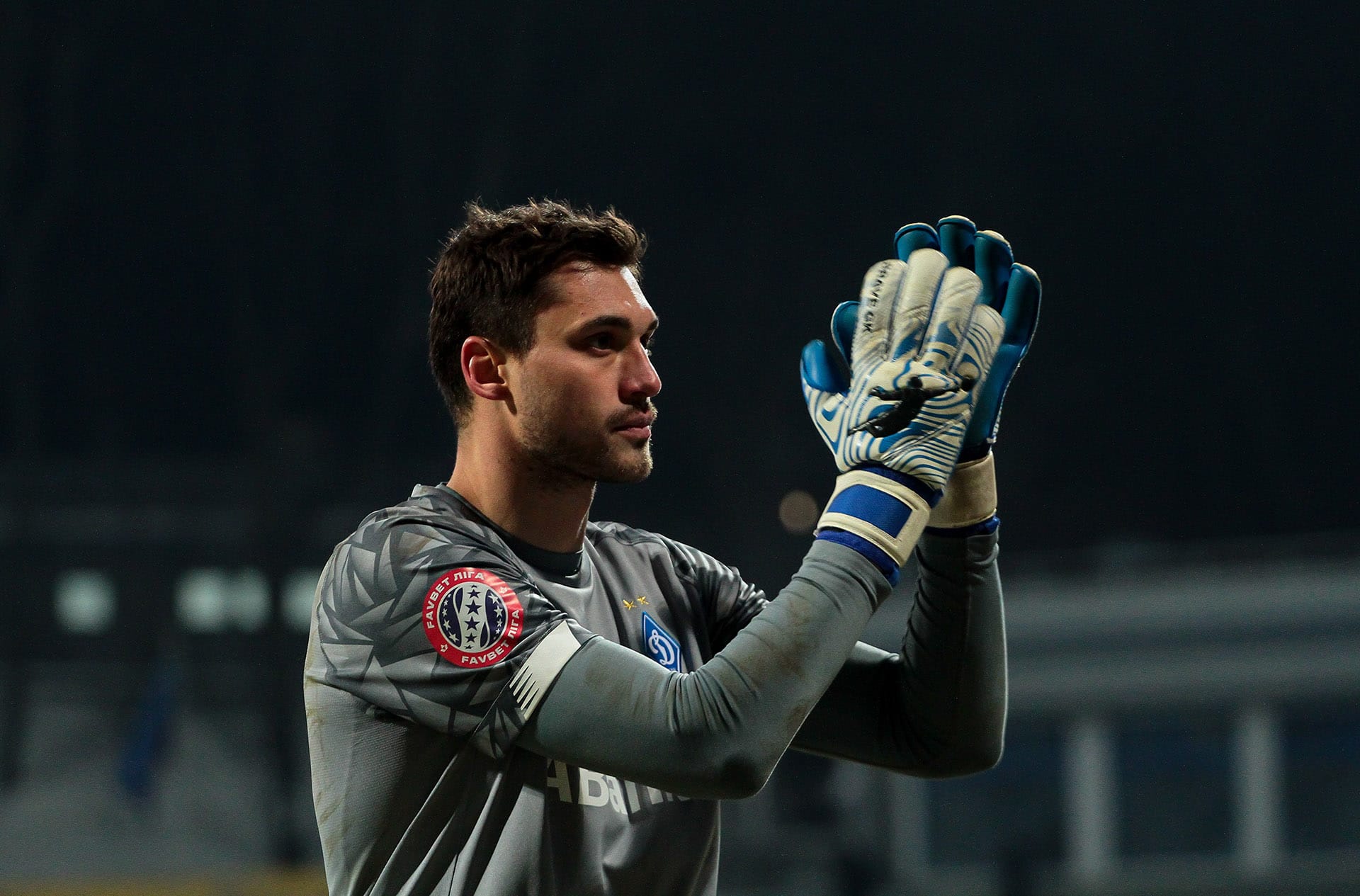 The Brave GK team improves its gloves and develops new equipment so that every professional goalkeeper can choose a comfortable model and reach their full potential. To be the first to know all our news, follow The Brave GK social networks.