Brave GK presented a new collection of mittens 2022 to the goalkeepers of the national team of Ukraine
06.12.2021

The goalkeepers of the Ukrainian national team, Heorhiy Bushchan and Dmytro Reznik, received the new collection of gloves from the Brave GK brand. This event took place in November, before the Bosnia and Herzegovina vs Ukraine game, in which our national team confidently overscored the opponents by 2:0. The very match in which Heorhiy Bushchan made a stunning save at the end of the first half and saved the team from disaster - for this, Bushchan was recognized as the best player of the evening, the "Lion of the match". 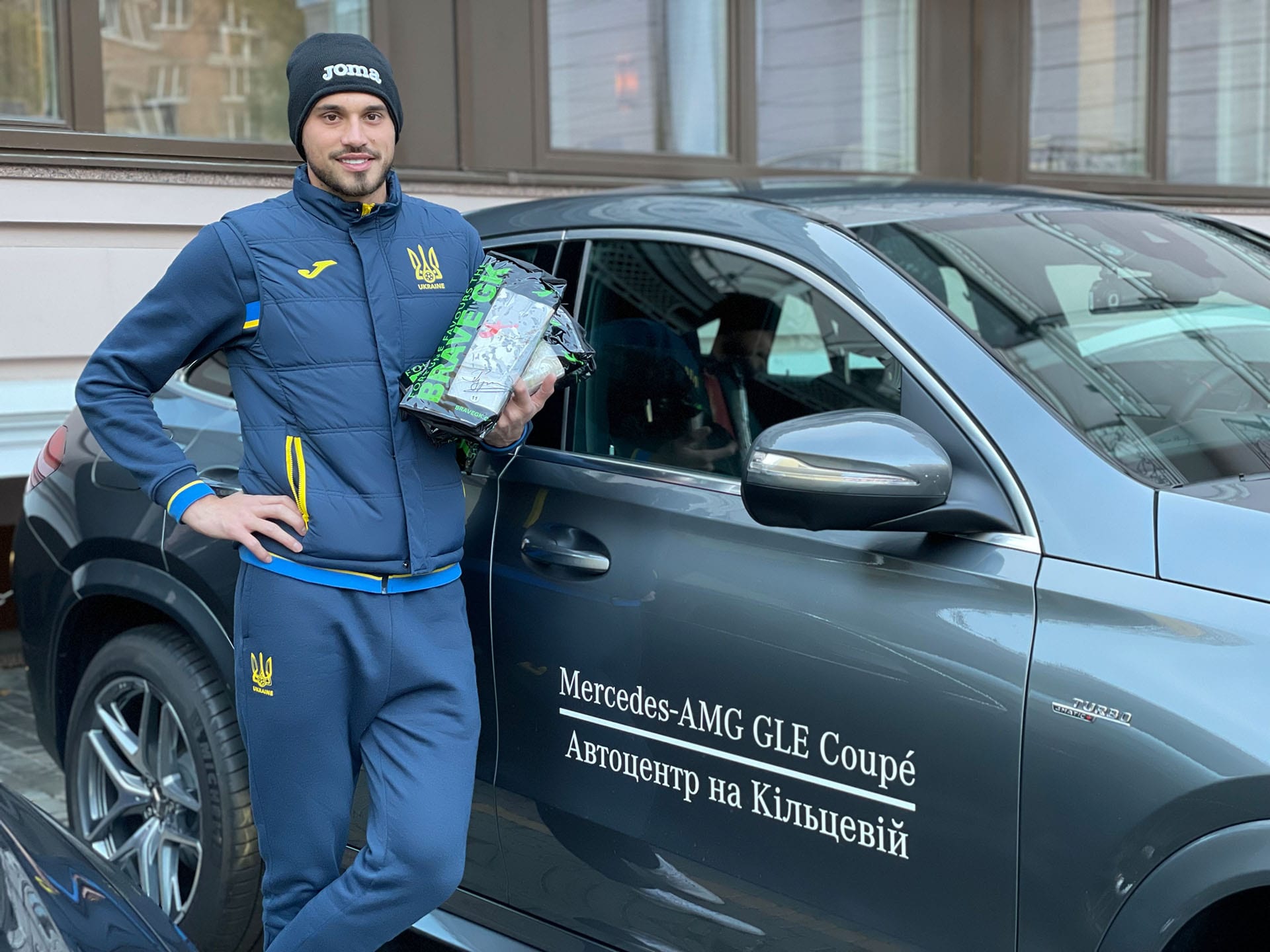 Before the decisive match with Bosnia and Herzegovina, Heorhiy Bushchan received a new model of the Courage White gloves of the next generation. This model is almost identical to the one presented in our online store, except for some design and visual features.

For Bushchan, we have made an exclusive model of Courage White - it has a unique palm design and specifically selected latex. In addition, we have slightly reduced the size of the Brave GK logo in accordance with the requirements of UEFA, as if the emblem on the gloves is too large, it is considered as advertising and prohibited by the rules of the association.

Apart from the differences listed above, these are still the Brave GK Courage White, gloves with a modernized Gecko cut and a great design. They are distinguished by a convenient fixation technology and a tight fit, which do not reduce the overall comfort and freedom of movement for the goalkeeper during the game.

Heorhiy Bushchan spent the entire game against Bosnia and Herzegovina in the main squad and was remembered by the whole country with a brilliant save at the end of the first half. We are happy that in this game George was wearing our new generation Brave GK Courage White gloves. Thanks to selfless play and perseverance, the Ukrainian national team managed to take second place in Group D and reach the playoffs. 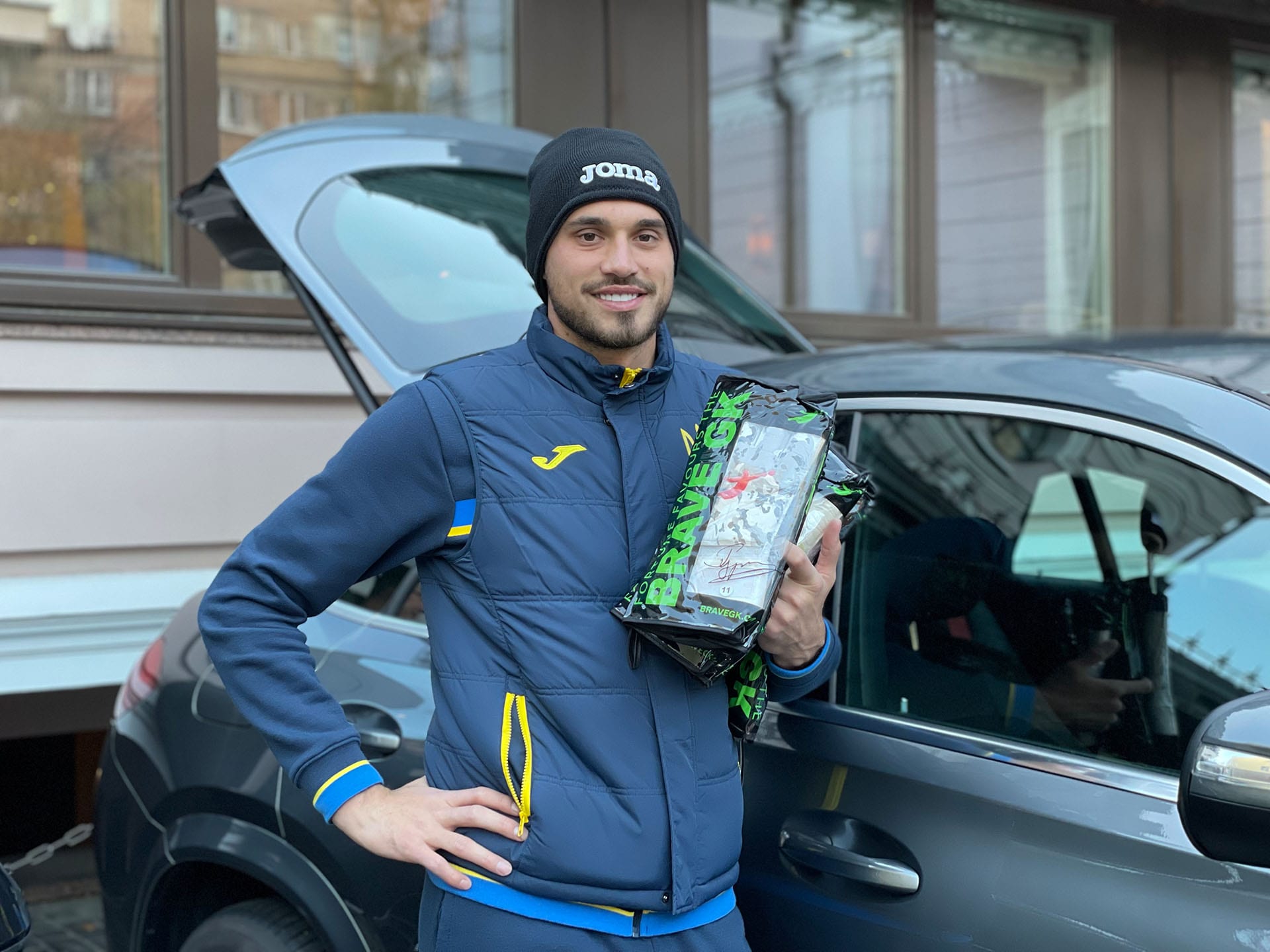 Goalkeeper of the national team of Ukraine and Poltava’s Vorskla FC Dmitry Reznik received a new generation of Phantome White gloves, characterized by a minimalistic design and high performance. The Phantom White model was created with the involvement of our ambassador Bohdan Sarnavskyi, goalkeeper of the Kryvbas and Dnipro-1 football clubs, but Dmytro Reznik has also appreciated these goalkeeper gloves and currently plays and trains in them.

The updated Phantom White goalkeeper gloves have an attractive design, with a minimum of visual details. The main color is white, but there are elegant light green accents on the logo and the badge. In regards to gaming qualities, Brave GK Phantom White gloves are distinguished by the highest level of grip in high humidity and rainy weather. The Phantom White model is available in our online store, but please consider that it is released in a very limited number of copies and without new batches in the future, so hurry up if you are interested in these goalkeeper gloves. 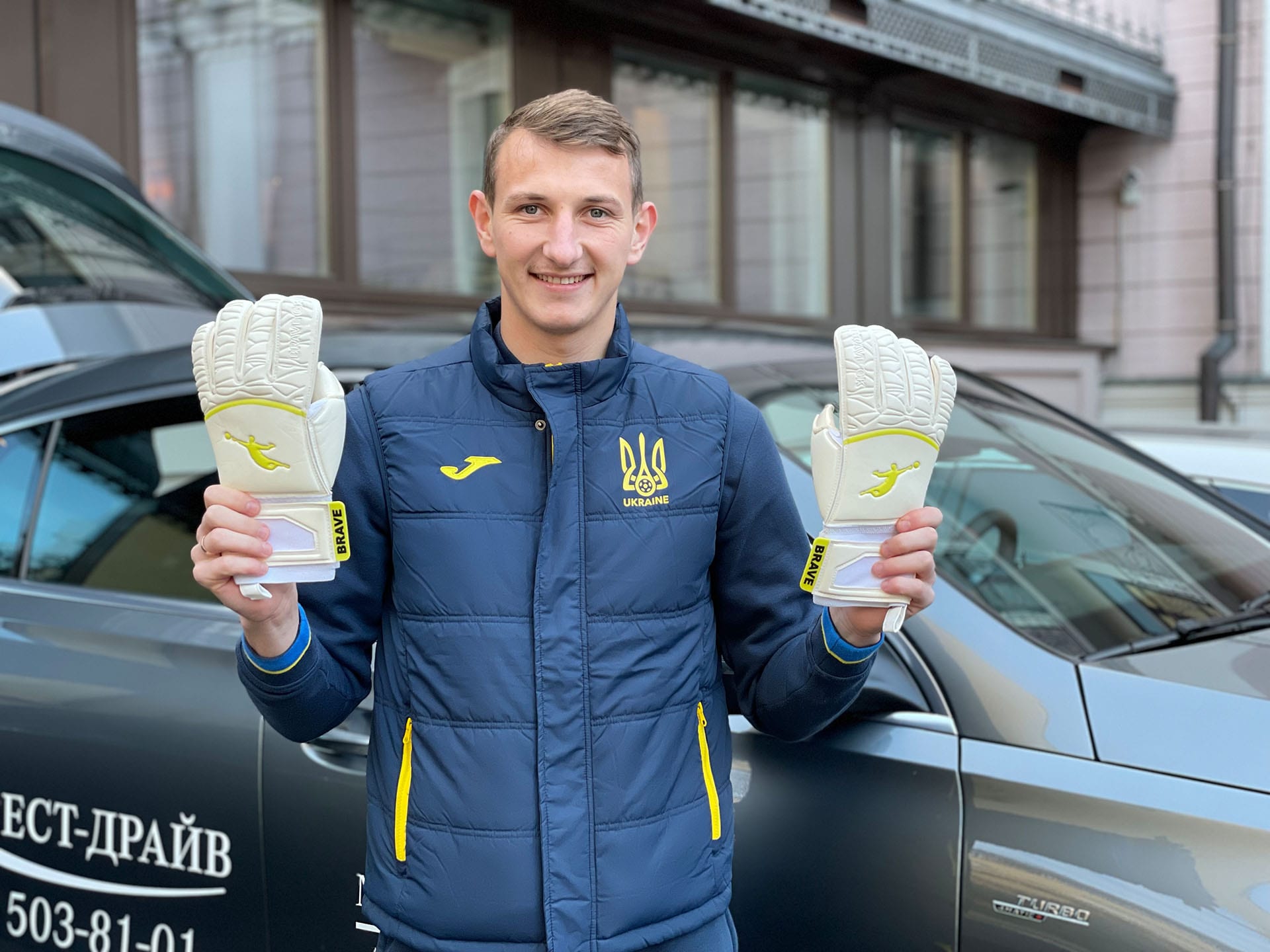 We also want to congratulate Dmytro Reznik on a new record for blocking penalties. The goalkeeper of the Poltava Vorskla saved a penalty in the match against Rukh FC (Lviv) making it its fifth time he defended his goal against an 11-meter shot. Thus, the 22-year-old Reznik became the new record holder of the championships of Ukraine. Previously, only Valerii Vorobyov, Vitalii Postransky, Ihor Shukhovtsev, and Rustam Khudzhamov blocked four penalties in a row.

In general, the saved penalty in the match against Lviv´s Rukh became the seventh in a row in 2021 for Dmytro Reznik. A great year for Dmytro, congratulations! The 22-year-old pupil of the Vorskla club school demonstrates that it is possible to achieve the highest results if you work hard and put in considerable effort.

Let us remind you that the new collection of goalkeeper gloves includes five models for adults - Phantom White, Phantom Kong, Fury Thunder, Evolution, Camo Orange, and one model for children – Brave GK Camo Orange. All the models are already available for purchase, including goalkeeper gloves, used by top players of the national team of Ukraine, in the Brave GK official online store. 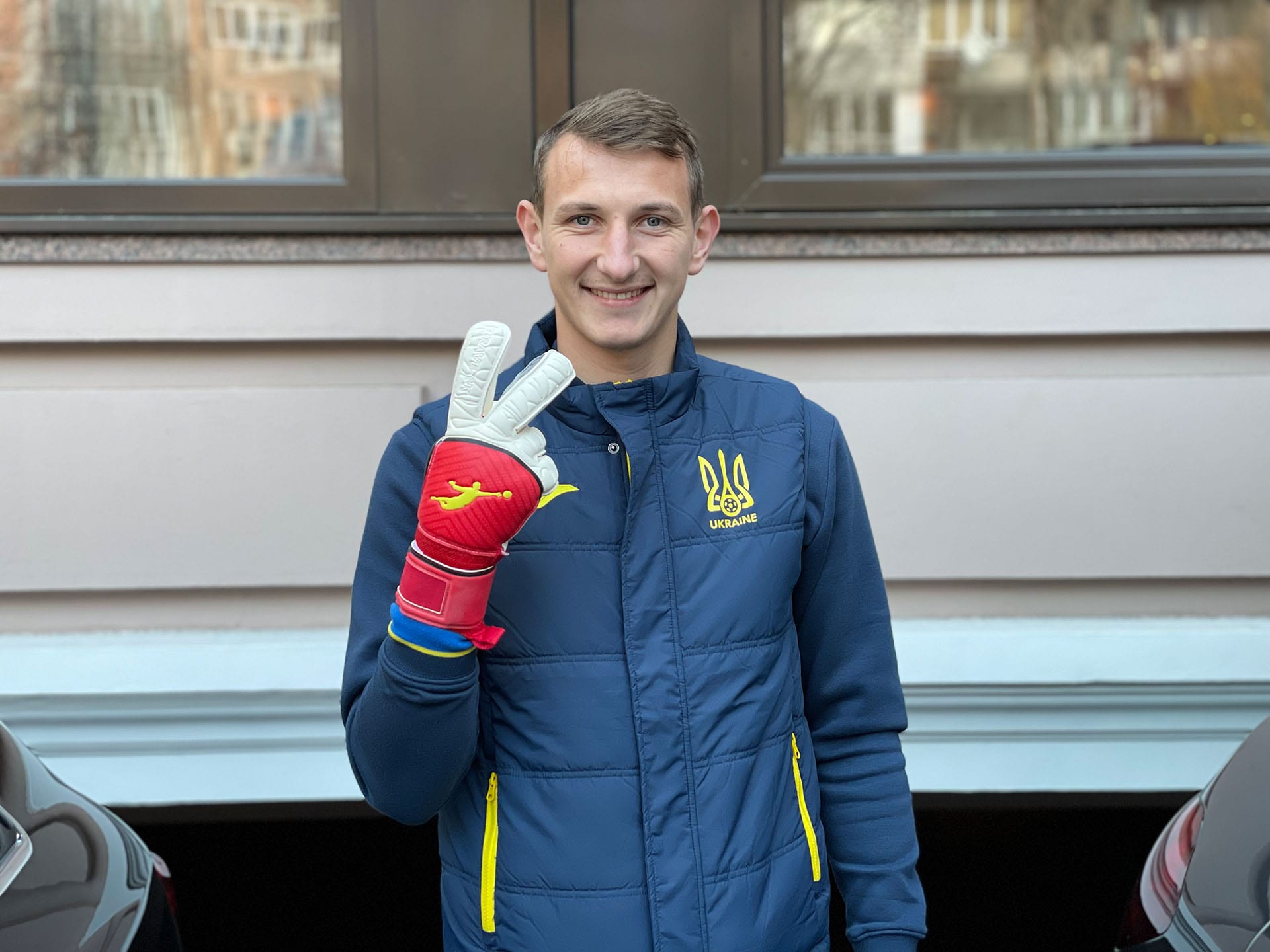