Andrii Lunin made his debut for Real Madrid
Home

Andrii Lunin made his debut for Real Madrid

Andrii Lunin played in the first squad of the club "Real Madrid", as promised by coach Zinedine Zidane to the goalkeeper after the Super Cup. On January 20, the match of the 1/16 final of the Spanish Cup between Real Madrid and Alcoyano took place in the city of Alcoyano, home to the Alcoyano team, at the El Colliano Stadium. In this match, Lunin made his debut as the main goalkeeper for the first time since signing a contract in 2018.

During the preparation for this important match, the goalkeeper constantly trained in the gloves of Brave GK Unique. This model features additional silicone inserts between the fingers and the palm, which wraps around the thumb to create an ergonomic shape of the equipment. Thanks to this design, an expanded area is created for the efficient capture of the ball. Sticky latex guarantees a reliable grip on the ball even in rainy weather. In the area of the knuckles, a flexible and strong zone made of silicone-like material is created for effective fist play. At the same time, the backhand of mittens is made of perforated textiles. This not only guarantees effective ventilation and moisture transmission but also greatly facilitates the design of equipment and allows you to maintain the mobility of the hand. These gloves are perfect for both serious matches and everyday strenuous training, so Andrii Lunin chose them to prepare for the Cup. 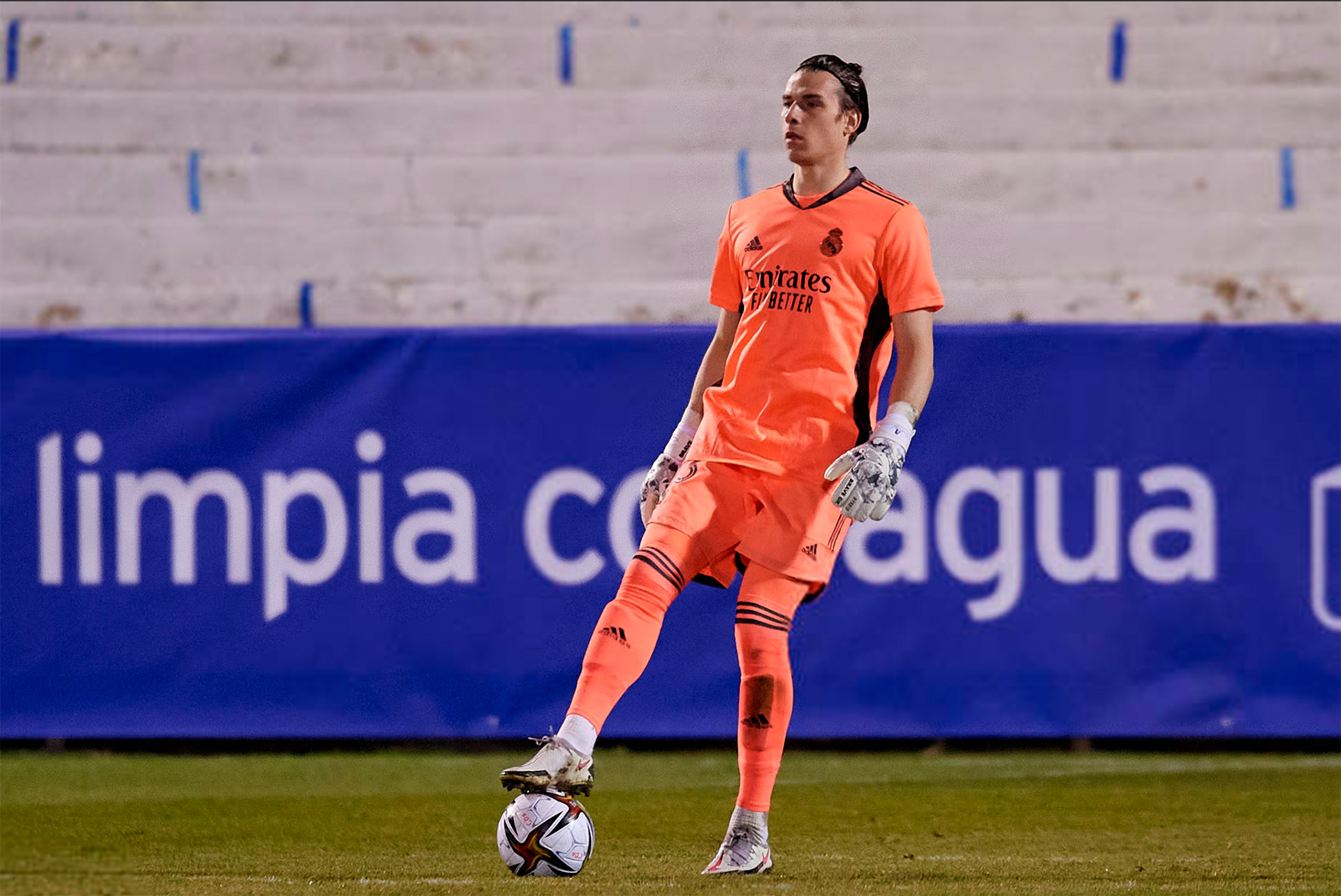 Lunin defended the goal of Real Madrid during the match with Alcoyano in Brave GK Reflex Camo white gloves. Natural high-quality German latex guarantees an effective grip on the ball in all weather conditions. A convenient Velcro fastening system, a highly elastic wide cuff, and a unique author's cut of the fingers ensure a tight fit on the hand at the same time without pinching. There are protective inserts to prevent injury, as well as silicone inserts inside the palm for full control of the ball. The most important characteristic of why The Reflex Camo line is generally one of the most popular among goalkeepers is the extended ball grip area thanks to the Roll / Negative finger cut combination and the thumb design, where the latex of the palm is wrapped around the finger. Perforated inserts between the inner fingers provide additional ventilation and lighten the gloves for goalkeeper comfort. Meanwhile, for absorbing the shock we use the NB latex 4 mm on the backhand. The equipment is perfect for a tough game because it reliably protects the goalkeeper's hands and provides high performance, so Andrii Lunin made a good choice for an important match. 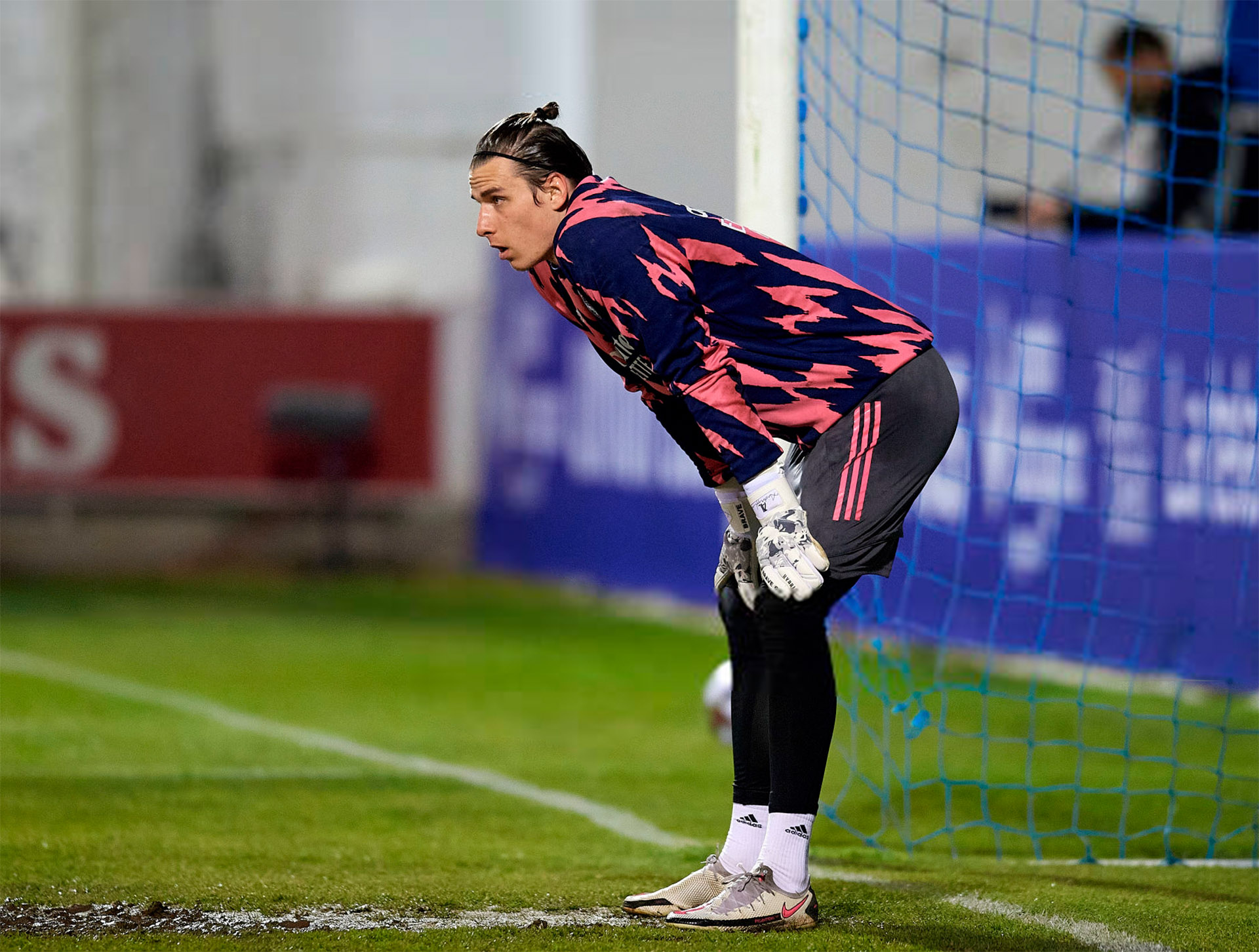 Progress of the match between Real Madrid and Alcoyano

During the first quarter of the match, Lunin had few opportunities to show his professionalism. However, during one of the tense moments, the goalkeeper showed an excellent save, moving the ball over the goal after the opponent's headbutt under the crossbar. Unfortunately, the referees recorded an offside position for the forward of the opposing team.

The first half was not stressful for the goalkeeper. Eder Militao managed to open the scoring in the last minutes after a successful pass from Marcelo, and that was the end of the first quarter. In the second quarter, Lunin held the ball in his hands only when Real Madrid players made reverse passes. 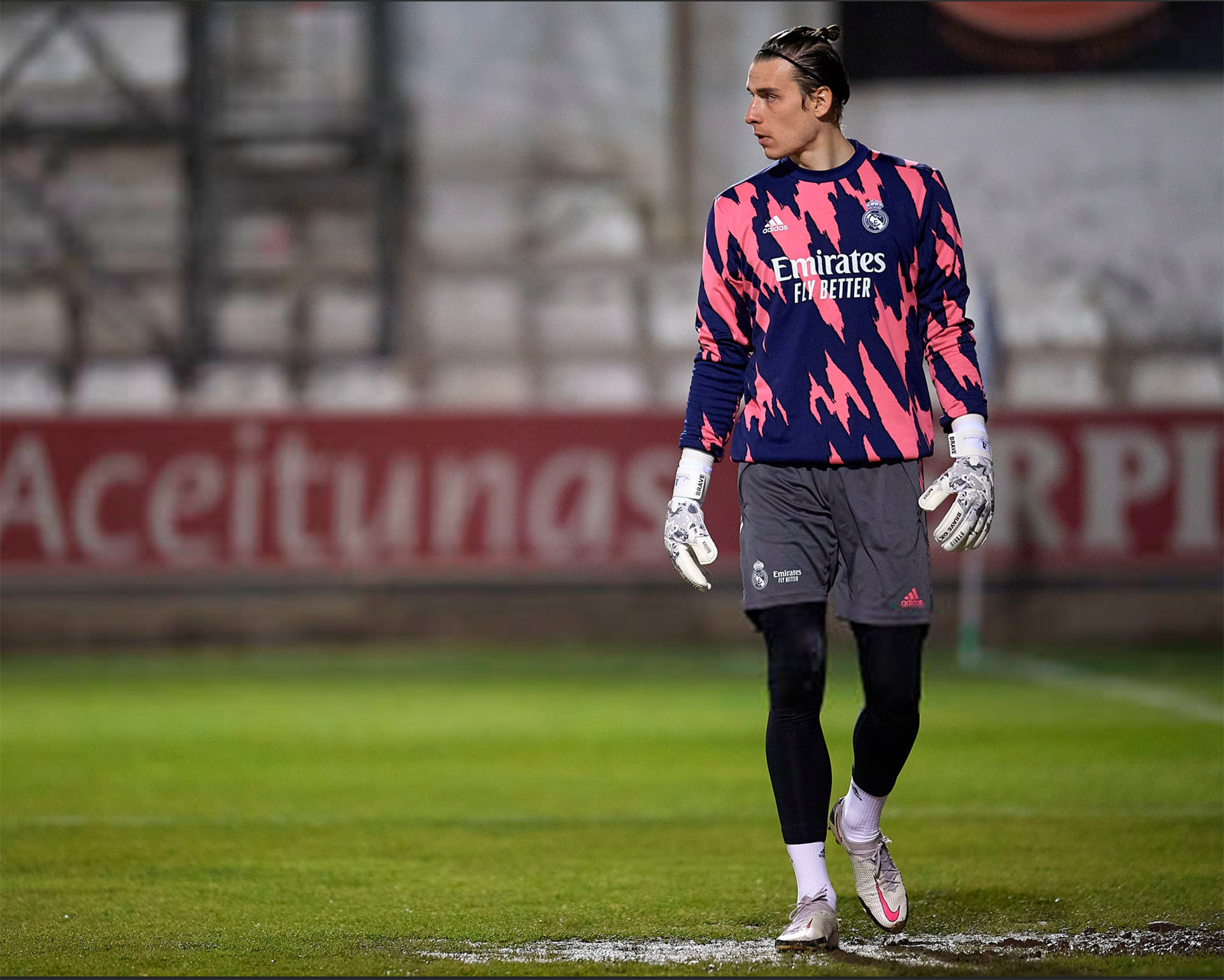 However, in the 80th minute, the hosts of the El Colliano Stadium leveled the score after Jose Solbes' shot from the back post. Thus, the score after the end of regular time was 1:1, and extra time was assigned.

In the 110th minute, after two yellow cards, one of the Alcoyano players, Ramon Lopez, was removed from the field, and the team remained in the minority. During the counterattack, Ali Diakite (number 22) made a pass to the near post, but Lunin failed to reach the ball during the interception. Playing ahead, Juanan delivered an accurate shot. 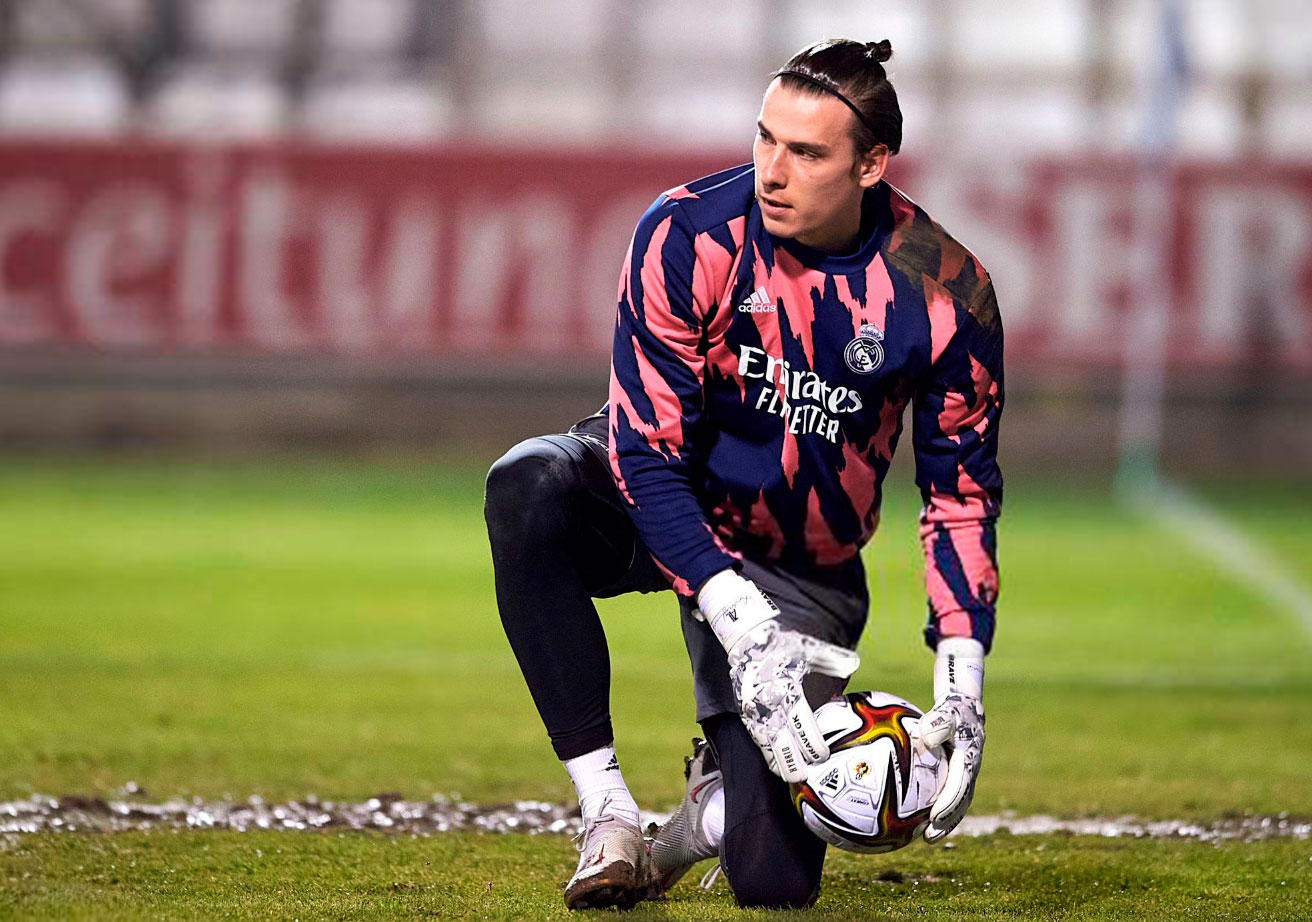 The home team plays in the 3rd Division of Spain. With a score of 2:1, Alcoyano managed to reach the 1/8 finals of the Spanish Cup, and Real Madrid withdrew from the tournament.

Despite the fact that the Real Madrid team did not manage to continue participating in the Spanish Cup, for Andrii Lunin it was an important stage in his career development as the Spanish football clubs even in the third division are quite serious rivals.

Andrii Lunin made his debut for Real Madrid
Contact Us